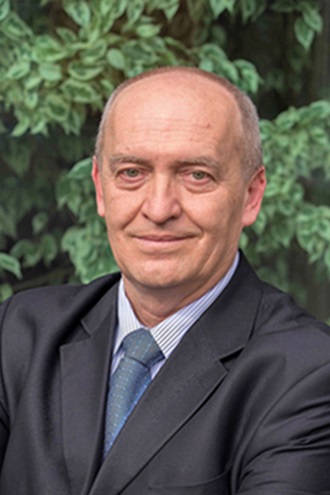 Gheorghe Mureșan joined the EnergoBit team in March 1996 and since then he has been occupying several management positions in different departments of the company. He set up the Turnkey Department in the company and coordinated it for four years. Currently he is EnergoBit’s Chief Operating Officer and he is in charge with the organization and supervision of the execution works and services as well as with the equipment production operations.

Gheorghe Muresan graduated from The Technical University from Cluj Napoca with a degree in Electrical Energy Use. His expanding expertise in the energy field allowed him to activate in different projects from SCADA systems and metering projects to turnkey projects and renewable ones. He has been coordinating the SCADA System project for Power Distribution, where EnergoBit has developed a SCADA system for monitoring and control of HV and MV distribution network operated by S.C. Electrica Distribution Network Transilvania Nord S.A.

Market Meeting in Brasov
Read more ›
Electrician Trainning
Read more ›
Educational Project
Read more ›
View all articles
This website contains cookies. By continuing your navigation, you agree with the use policy of these informations.AcceptRead more