EnergoBit has celebrated its 30th anniversary in 2020, and over time it has grown from a supplier of electrical engineering equipment to a supplier for all stages of an energy project. Currently, EnergoBit’s design department is involved in conducting studies and designing documentation for installed powers of over 2,000 MW in solar projects and 1,000 MW in wind projects. “When in the past the area of energy efficiency was viewed only in terms of saving of resources or costs, today, with the Green Deal and the commitments made at EU level, we are talking about a much more complex approach, which must take into account many more factors. On the one hand, we are in a world in a continuous accelerated change, with an increased urbanization trend, with a population that changes its preferences in terms of transport and consumption. On the other hand, we have a deficient energy infrastructure, perhaps outdated in some places. Thus, today, energy efficiency solutions must include elements of development, both in the area of energy infrastructure and in the area of electric mobility. All these must be integrated with an activity that leads to sustainable development, to the creation of new jobs”, stated Ștefan Zvara, Commercial Manager Power Systems, EnergoBit, during the conference “Digitalization and Energy Efficiency – Cluj- Napoca”, organized by Energynomics.

Since 2008, EnergoBit has paid special attention to renewable energy projects, so it has participated in such projects totaling more than 2,000 MW. “They were mainly wind and photovoltaic projects, but we also carried out several projects in the area of micro-hydropower plants and small cogeneration plants. Of these, we are proud to have participated in the construction of the largest onshore wind farm in Europe, with an installed capacity of 600 MW – this is the Fântânele-Cogealac project. We also participated in the construction of the largest photovoltaic park in Romania – the Ucea project (55 MW – e.n.), but we still have a project we are proud of, even if it is a smaller project, it is a photovoltaic project that uses Tracker technology on two axes, a 1 MW project carried out at the Miroslava City Hall in Iași”, he said. At the same time, the company participated in the building of two storage projects – one in a wind farm and one in a solar park. 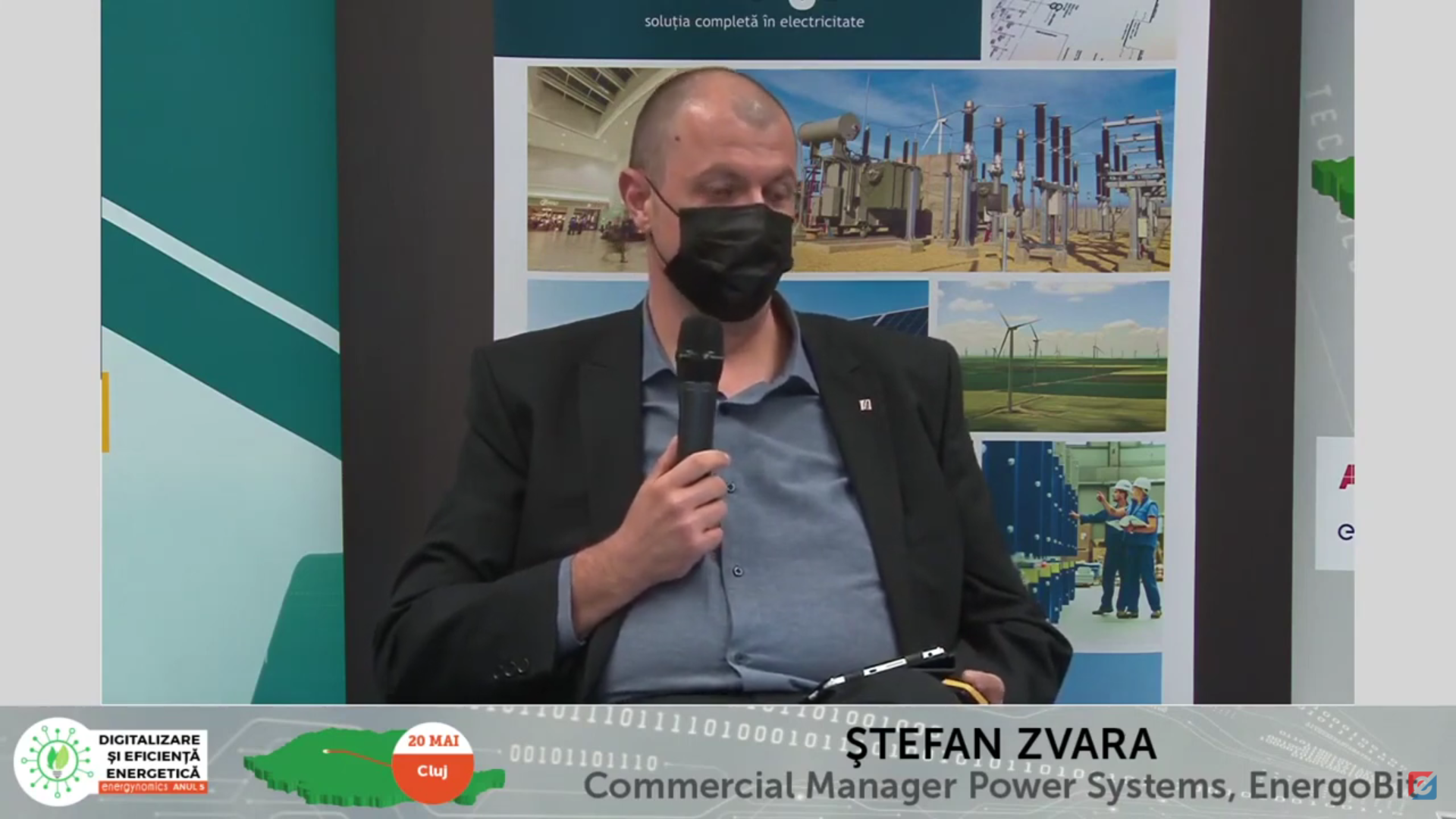